Chua Boon Kee, whose ancestors originated from Chaoyang in Guangdong was born in Singapore in 1953. He graduated from the Baharuddin Vocational Institute in Applied Sculpture in 1973. He is a member of the Singapore Sculpture Society, the Singapore Art Society, Federation of Art Societies Singapore, the Miao Hua Chinese Art Society and Singapore Penjing and Stone Appreciation Society.

Boon Kee was much influenced by his late teacher, Mr. Tan Teng Kee, a renowned steel sculptor. After serving National Service, Boon Kee earned a living at a local shipyard. He learnt the technicalities of welding methods used in shipbuilding, the physics and mechanics of steel structures and various fundamental concepts. These helped him immensely in present works.

Soon after, he set up a hydraulics and mechanical engineering company specialising in design and fabrication of hydraulics machinery together with a friend. The next twenty years was spent in problem solving and learning the various techniques of mechanical problem solving that he applied into his sculptural works today.

In 1996, Boon Kee chose to commit himself to sculpture full-time and began exhibiting his works regularly from the year 2000 onwards. He has since participated in over 50 exhibitions, including the “One Singapore Artist 2007”, “Sentosa Flowers 2008”, “In the Affair of Cats & Dogs, the Government’s Involved and So Shall We” in 2012 and his recent showcase “Gallop to Great Distance” in 2014. In 2007, he is recognised by the People’s Republic of China as an outstanding overseas Chinese artist and was invited by the Ministry of Culture to exhibit his well-loved Chinese calligraphy series at the “2nd China International Artistic Works Investment & Collections Exposition” in Beijing.

In 2012, Boon Kee has been announced as the winner for the Chinatown Arts Space / Shaftesbury SUSTAIN commission, the third landmark sculpture for London’s Chinatown, the work “Flowing” （饮水思源）was unveiled on 18th September 2014.

In 2003, he formed his own company Jinxuan Sculptures Contractor to deal with increasing commission works, designs and art consultancy, and has also assisted various artists in their commission works since.

Boon Kee has experimented diverse themes using various forms of traditional materials from metal to wood, stone, resin to the new industrial materials. He constantly explores new artistic realm in his culture and tradition; he combined the essential spirits of his subject with the modern sculpture language and brought to the world of sculpture with unique sculptural forms. He plans to have one major solo exhibition in every four to five years, featuring a different theme and material each time. 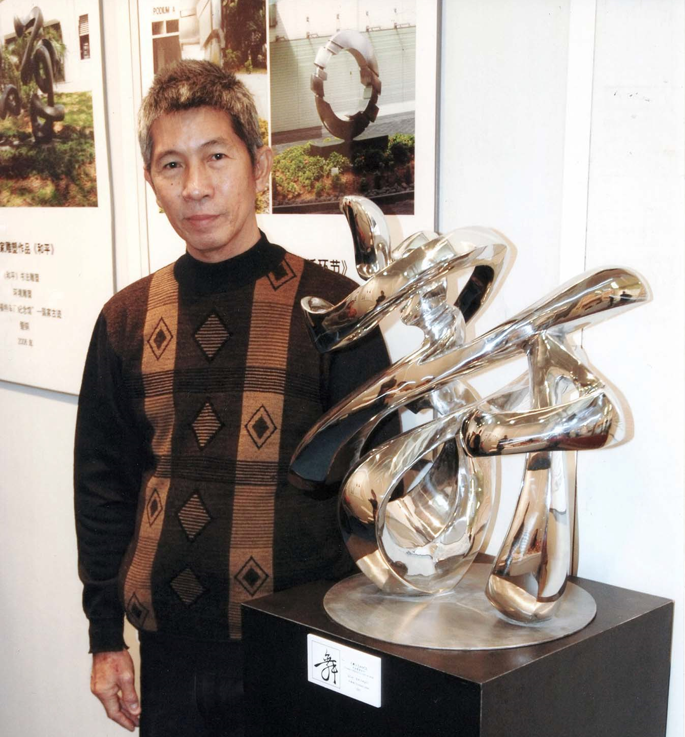 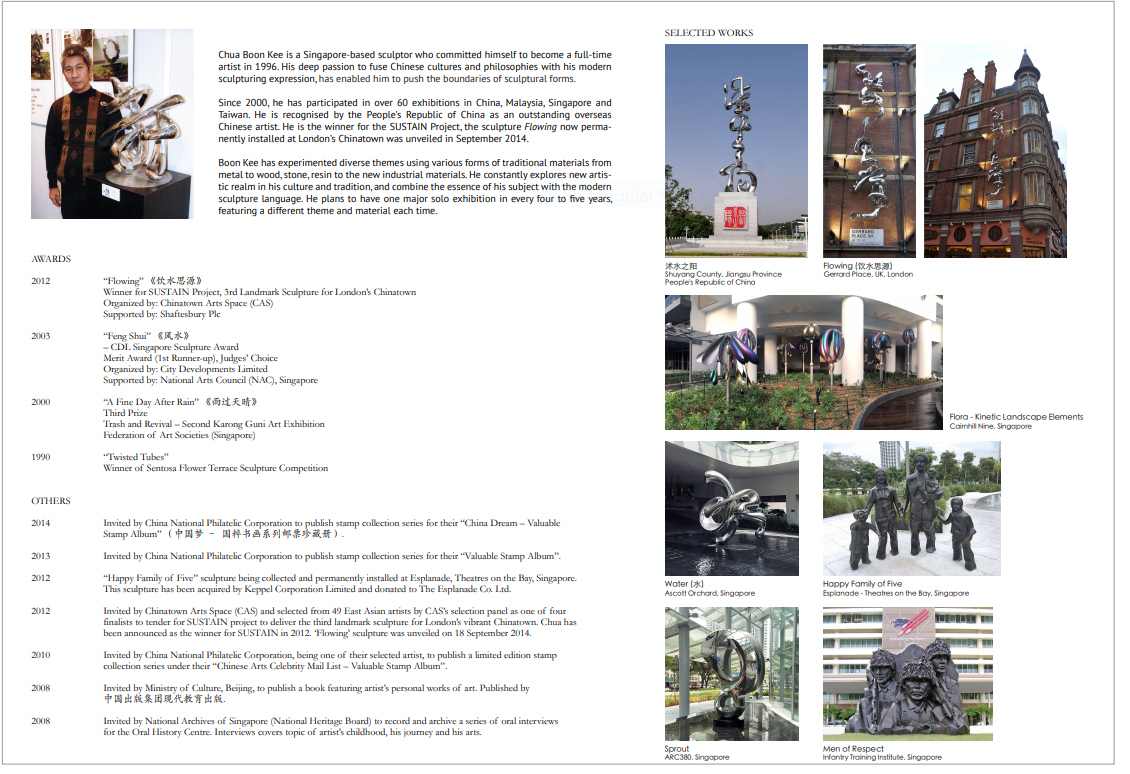 We Can Be Seen In